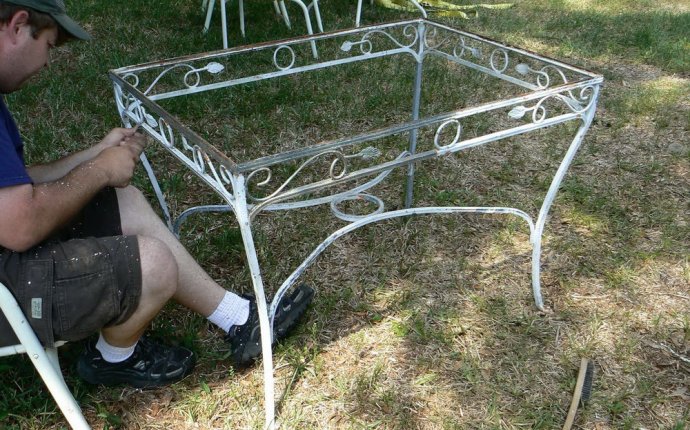 Historically, outdoor furniture has not been well documented. Because it was often viewed as having a short life due to its exposure to the elements—sun, wind, rain and snow—homeowners often replaced it every few years. Indoor furniture—built to last and decidedly more protected— traditionally has garnered more attention and praise. Through the years, labels and marques of patio furniture have fallen off. And thanks to the web and a plethora of "experts, " misidentification of furniture...MORE manufacturers and lines runs rampant.

In spite of the seasonal nature of outdoor furniture, a funny thing has happened along the way. Against the odds, many of these outdoor pieces held up through the years, and collectors began taking notice of certain manufacturers and lines or styles that they found especially appealing. Some survivors might have survived because the original owners often took better care of their possessions—that "pride of ownership" philosophy that may have been handed down from their ancestors. Remaining patio sets might have been stored in basements or sheds during the off season, and cleaned regularly or protected by overhead roofs or shade.

Others might have been used indoors. During the post-World War II housing boom, the John B. Salterini NEVA-RUST furniture company marketed its garden furniture in home and garden magazine ads, touting, "It's the decorative trend, using wrought iron furniture indoors because it brings into your home the freshness and gaiety of a flowery summer garden."

Salterini also made a push for indoor use in magazine advertisements featuring illustrations of lean, long-legged homemakers in high heels and aprons serving dinner on their patio dining tables, with ad copy suggesting the furniture was perfect for budget-minded "young marrieds." Recommending that homeowners use the garden furniture indoors helped justify the higher price tags on these sets, which were sold at "finer furniture stores" and through decorators.

West Coast-based companies like O.W. Lee and Brown Jordan focused on producing outdoor furniture that could be used year-round in climates that enjoyed the burgeoning patio culture, like California, Arizona and Florida.

"The mid-century years in Los Angeles were a period of extraordinary creativity, nurturing designers and architects like Charles Eames, Richard Neutra and John Lautner, while a mild climate allowed people to redefine concepts of architecture and lifestyle, " explains Stephen F. Elton, Chief Brand Officer for Brown Jordan. "Entertaining on the patio or lounging by the pool became a way of life. And Brown Jordan became synonymous with outdoor furniture of timeless design and enduring quality."