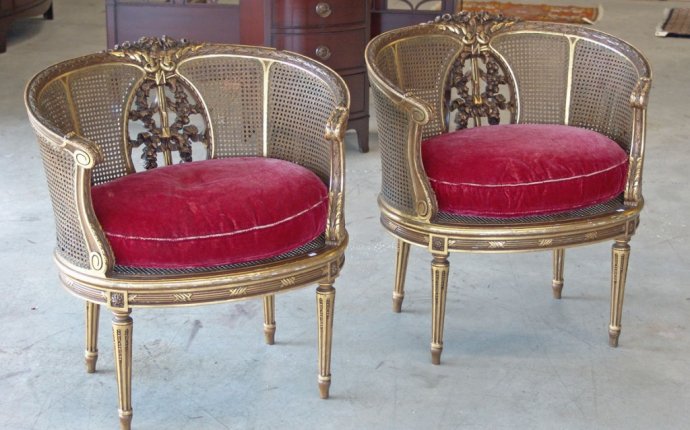 Undoubtedly the greatest of all periods for French furniture, this was a period of extraordinary creativity, and was influenced by the royal mistresses: Madame de Pompadour, Madame du Barry, and a few others. Grand suites were replaced by smaller more intimate rooms, and were furnished with unfailing attentiveness to elegance, refinement, comfort and well being. Curved lines and asymmetry became the rule. Furniture became practical and readily transportable without losing any of its elegance. Foreign masters came to Paris to work at the Court: Bernard van Risen Burgh or B.V.R.B., Vandercruse known as Lacroix whose stamp was P.V.L.C.

Materials and techniques: Most solid wood furniture was made of oak or walnut, but there were also examples made of cherry, ash, plum, chestnut and olive. Beech, lindenwood and walnut were used only in chairs and other seating. Painted wood was often used to foster harmony between furniture and paneling. Marble and porcelain tabletops were used.