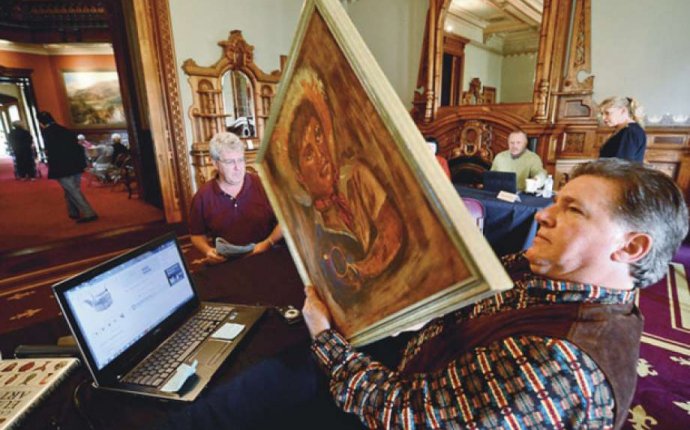 Here's a fun treat for TV memorabilia fans or just fans of Norman Lear's groundbreaking sitcom, All in the Family: A jacket worn by fictional Queens resident Archie Bunker, played by the late Carroll O'Connor, was appraised on . A woman bought it from an estate sale of O'Connor's widow and paid just $40 for the plaid CPO coat!

The episode (which premieres Monday night) was filmed in Palm Springs, and the curious attendee explained that when O'Connor's wife—Nancy Fields O'Connor, a documentary producer—died in 2014, her daughter-in-law opened up their Malibu home for the estate sale. She described going into a bedroom and realizing the coat looked like it was right out of Archie Bunker's wardrobe. She said to the daughter-in-law, "These couldn't possibly be your father's in law's clothes, " and got the reply, "Yeah, my mom never threw anything away."

The attendee said that having the coat "just takes me back to a time when my whole family was together, laughing and having a good time." And of course, there's a great reaction to the appraised value: $10, 000 to $15, 000!

And here's that famous scene with O'Connor and Sammy Davis Jr., with the plaid coat in the background:

Tonight's episode of Antiques Roadshow also features a Noah Purifoy sculpture and a Franz Bergman lamp. We spoke to producer Marsha Bemko in 2014 when the show made a return to NYC and there was a million-dollar appraisal!