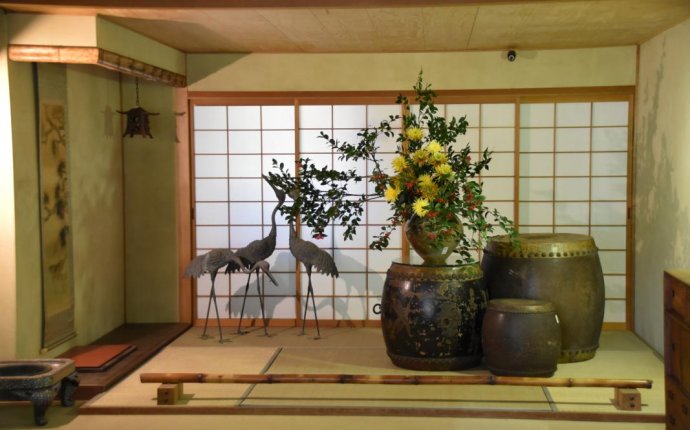 Memphis One focuses on 20th-century design, with a particular interest in French artistic glass by the likes of Lalique (creator of this signed, vividly blue glass-bead bracelet), Daum, Argy-Rousseau, Schneider and Le Verre Français. “I’ve lived in Paris and speak French, and my husband has been traveling back and forth to France for nearly fifty years collecting Art Deco, ” says the Melbourne gallery’s Suzanne Playfoot. On 1stdibs, Memphis One has both jewelry and furniture storefronts, with its furnishings ranging from Fornasetti to the Wiener Werkstätte and Art Nouveau as well as ceramics, works in bronze and both European and Australian paintings and works on paper from the 1820s through today.

For the past 30 years, Geoffrey Hatty Applied Arts, based in Prahran, a suburb of Melbourne, has been committed to 20th-century decorative arts, with a particular focus on Italian and French furniture and lighting. This Fontana Arte chandelier has five glass shades made using the pulegoso technique, which introduces bubbles into the glass to give it a semi-opaque, textured appearance. Napoleone Martinuzzi first developed the process on the Venetian island of Murano in the 1920s.

Geoff Clark founded the Country Trader in Sydney’s Waterloo district in 1982, making it one of Australia’s older antiques galleries and one of the most respected, with its membership in the AAADA further cementing its standing. Clark takes frequent buying trips to Europe, and the majority of the gallery’s inventory, which includes furniture, lighting, sculpture, mirrors and architectural pieces, hails from the 17th, 18th and 19th centuries. The French commode above features a marble top, bronze handles and elaborate carvings.

An anatomical model like the one above is typical of Tarlo & Graham‘s eclectic inventory, which ranges from antique to modern and European to colonial Australian, with a particular emphasis on natural history, scientific curiosities, taxidermy, medical objects, industrial pieces and tribal art. Founded in 2004 by William Tarlo and Philip Graham, the gallery has two brick-and-mortar stores, one in Fitzroy outside Melbourne and the other in Windsor, west of Sydney.

’s Axe in Melbourne six years ago, restoring and reupholstering in-house every piece that comes across its threshold. Specialists in mid-century modern design, the gallery offers designs by such established names as Wegner, Mogensen and Juhl, as well as lesser-known ones, including Illum Wikkelso, Gunni Omann and Folke Ohlsson, creator of the handsome oak sofa above.

Joel and Amy Malin, who take frequent buying trips to Europe, opened the doors of Modern Times in 2011 and and surged quickly to the forefront of Melbourne’s market for European furniture from the 1940s through the 1980s. While their main focus is on Danish modern, the couple also adds Dutch and Italian pieces to the mix, including the undeniably sexy chaise lounge above, whose original perforated-leather cushions top a form of lacquered wood and metal.

Jacques Cadry founded Cadrys after emigrating to Sydney from Tehran in 1953, and today the business is run by his sons and grandsons. From its four-story showroom in the city’s Edgecliff area, Cadrys offers antique, handwoven Persian, Afghan, Caucasian and Turkish rugs, runners, kilims and oversized carpets. Of his grandfather, Jared Cadrys says, “His infectious love and appreciation of the weavers’ art, together with his expert knowledge and integrity, has propelled our family on a journey that has seen three generations meticulously weave a priceless tapestry of its own.”

Becker Minty, a concept shop founded in the Sydney suburb of Potts Point in 2007, offers a mix of furniture, lighting, fashion, jewelry and fine art, which is currently the focus of its 1stdibs storefront. Last spring, as the Ukrainian-Russian conflict raged, the Paris-born, Sydney-based photographer Felix Forest ventured to the infamous nuclear disaster site that is Chernobyl to shoot a series combining the area’s eerie sense of abandonment with a feeling of tranquility and calm, as seen in the work above.

A 40-year-old family business situated in Melbourne’s Armadale area, Capocchi focuses largely on French furniture, lighting and decorative objects from the 1770s to the 1970s, with the occasional foray into Italian design, whether a 1970s Willy Rizzo coffee table or the enamel-and-brass Triennale lamp by Stilnovo pictured above.

A second-generation business founded in the port city of Geelong in 1958, Moorabool Antique Galleries is today one of the largest antiques shops in Australia. While it stocks Victorian and Georgian furniture, silver, glass, fine art and tribal artifacts, its true specialty is ceramics and porcelain, primarily from the 18th and 19th centuries. Examples include the blue-and-white dish above, which was created by the prominent yet short-lived Limehouse Porcelain Factory in London. The gallery has a reference library with hundreds of books on ceramics for collectors to browse. It also hosts lectures and “handling sessions” and has recently begun to publish its own materials on the subject.

True to its name, the Sydney-based DecoDiva Antiques has been focused on the best in Art Deco design for the past decade, sourcing examples from Austria, Germany, Italy, France, Czech Republic and England. Founder Mark Meredith cites a particular affinity for Czech geometric glass. The classic Deco pattern of the Royal Doulton set above, featured in London’s V&A Museum, is rare.

A second-generation business and member of the AAADA, Kazari, located in Melbourne, has focused exclusively on Japanese antiques, folk art, furniture, fine and decorative arts and textiles since 1978. Today, its inventory ranges from contemporary ceramics to antique screens, such as the one above, which dates from the Edo period and depicts peonies painted on brilliant gold-leaf paper. Its creator, Kano Chikano, has works in New York’s Metropolitan Museum; the Museum of Fine Arts, Boston; and the Tokyo National Museum.

Founded in 1962 as Gaslight Antiques, Classic Antiques Sydney has a showroom in its eponymous city’s Camperdown district, where visitors will find English and French furniture and decorative arts from the 18th and 19th centuries. An in-house team of conservators works to ensure that every item meets museum-quality standards.