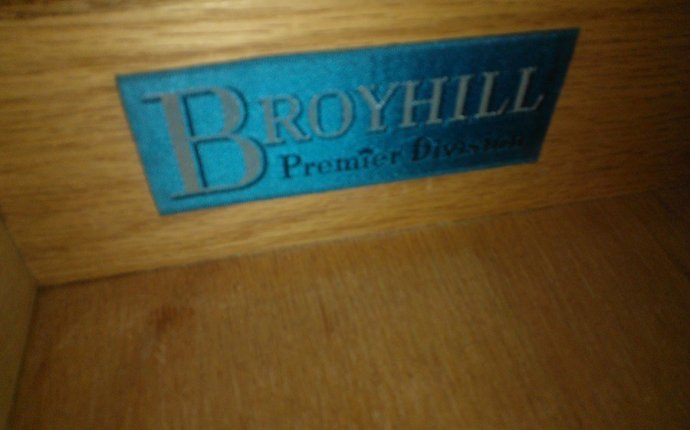 Broyhill Furniture Industries, Inc. is a leading American manufacturer of medium-priced wood and upholstered household furniture. The company got its start making chairs in North Carolina in the 1920s, and grew steadily under the hand of its founder, who had first entered the furniture business under the eye of his older brother, and who involved many members of his family in the business as it flourished. In 1980, the Broyhill family sold the company to a conglomerate, which made it part of a group of furniture makers but retained the Broyhill name and identity.

Broyhill was founded in 1926 by James Edgar Broyhill, known as Ed. Broyhill had worked in his older brother's furniture business as a salesman, bookkeeper, and clerk since 1919, when he was 27 years old. The company had started out producing single pieces of furniture, but had moved into the marketing of multi-piece coordinated bedroom suites in 1920. Three of these pieces, a chair, rocking chair, and bench, were supplied by another manufacturer. In 1926, this company was destroyed by fire. Seeing an opportunity, Ed Broyhill took out a loan for $5, 000, using his house as collateral, and founded the Lenoir Chair Company, named after the North Carolina town where it was located.

Broyhill started his company by buying a number of chair frames, which he planned to upholster in his basement. Soon a blacksmith and buggy shop near the railroad tracks became available, and Broyhill moved his operations to this location. The chairs were finished in the buggy shop and upholstered in the dirt-floored blacksmith shop. In the summertime, upholstering work was done in the shade of a sycamore tree out back.