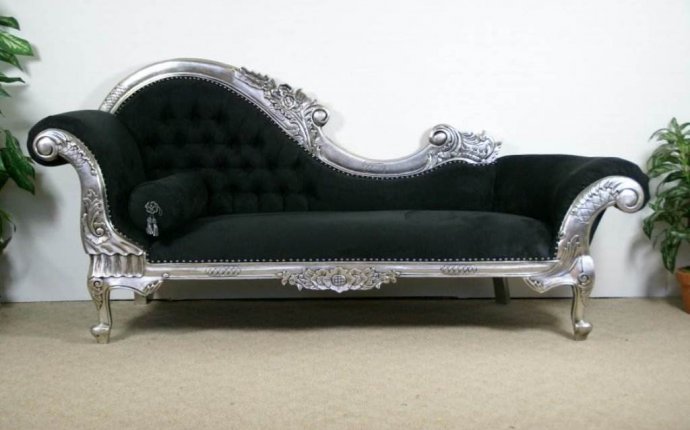 What’s more synonymous with elegance, luxury, and leisure than a chaise lounge? These long, lounge chairs provide the perfect place to put your feet up and relax—even to catch forty winks!—all while making a powerful visual statement in any living room, parlor, library, or bedroom. Whether you’re looking for a vintage chaise that’s decorative and antique, minimalist and modern, or upholstered and plush, you’ll find them all here at Pamono. We offer a wide range from over one hundred years of design history.

It comes as no surprise that chaise lounges have been around for a very long time, as we humans have been reclining and reposing at least since era of the ancient Egyptians. The phrase “chaise lounge, ” however, is more recent; it comes from the French chaise longue, which simply means a “long chair” in English. The antique forms from the 19th century and before have other French names as well: the méridienne, which features a sloping backrest, like an asymmetrical daybed; the récamier daybed, associated with French Empire style, which usually has two raised arm rests at either end (with no back rest in between), and the duchesse brisée, which is formed from two pieces, such as an armchair and an extended footstool or two armchairs. These French Rococo and Neoclassical styles, made in fine, carved wood with sumptuous upholstery, have been popular not just in France, but also all over Europe and the US, especially Victorian England and Gustavian Sweden.

In Austria in 19th century, famed inventor, designer, and craftsman Michael Thonet patented his bentwood process and began to produce his now-iconic scrolling bentwood Chaise Lounge Model no.2—and, in the ensuing decades, inspired generations of lounge chair designers. The modernists that followed Thonet began to approach lounge chair design as an exercise in anthropometrics, ergonomics, and economy of materials. As a result, we been gifted a number of noteworthy midcentury modern chaise lounges with coolly minimalist forms, often cantilevered or with tubular steal structures.

Check out vintage chaises by Ludwig Mies van der Rohe, who designed the MR (1927), an adjustable chaise lounge developed for the landmark Weissenhof exhibition in Stuttgart. Or the celebrated LC4 (1928) and the B306 (1928), created by French designers Le Corbusier, Pierre Jeanneret, and Charlotte Perriand —at team truly at the vanguard of creating clean lines without compromising comfort. These pieces were originally produced by Thonet, followed by Cassina starting in 1965. In a similar vein, there’s the Sofa Pad Chaise (1968) by legendary design duo Charles and Ray Eames for Vitra. How about some lesser known masterpieces of recumbent luxury and comfort? Not to be overlooked are John Waldheim and Edgar Bartolucci’s Barwa Chair (1940s); Alberto Rosselli’s Moby Dick (1969), made in fiberglass for Saporiti; Charles Zublena’s Eurolax R1 (1965), and Milo Baughman's Wave Recliner (1970s). And let’s not forget to mention the wonderful space-age lounges and recliner chairs from Dutch manufacturer Artifort, especially Pierre Paulin’s Tongue Chaise Lounge, a variation of the Tongue Chair (1967-68), and Geoffrey Harcourt’s Cleopatra Chaise (1970-72).