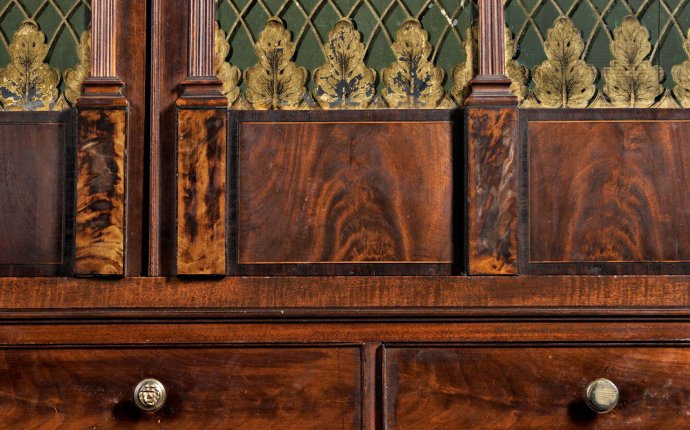 The term “Federal” references the time period following the Revolutionary War rather than one specific style of furniture. During those subsequent decades when America was in its infancy, the country was not only defining its government but also its way of life. The decorative arts at this time moved away from the ornate looks of the past, such as the heavily carved and massive look of Rococo pieces, and embraced Neoclassicism that came about during this time frame.

According to the Metropolitan Museum of Art in New York, further defining the period as American Neoclassicism, Federal styles varied from town to town. Closely studying the styles popular in each region and the techniques of well-known craftsmen, antique furniture experts can narrow down the origin of period pieces that were not marked by the craftsman.The similarities, however, stem from several common influences.

Scottish architect Robert Adam, enamored with the Roman ruins of Pompeii and Herculaneum, wrote The Works in Architecture in 1773. This opened the door for Neoclassical style, in both architecture and design, in the United States and abroad. In fact, Adam’s influence on styles of the day inspired author Frank Farmer Loomis IV to regard him as the “Frank Lloyd Wright” of the 1700s in his book Antiques 101.

Inspired by Adam, Englishmen George Hepplewhite and Thomas Sheraton both impacted American furniture craft with their interpretations of Neoclassical style.

Hepplewhite’s Cabinet-Maker and Upholsterer’s Guide was published posthumously by his widow in 1788. Sheraton published the Cabinet-Maker and Upholsterer’s Drawing-Book in 1793. These guides were studied extensively by American furniture makers. And while their interpretations varied, the products had the underling clean lines and more delicate forms attributable to the Federal period.

Most often Hepplewhite pieces, especially small tables, chairs and writing desks, are crafted of mahogany, but they can also be made of mahogany veneers. Mahogany veneer over cherry wood is sometimes referenced as “poor man’s mahogany.” Hepplewhite designs also have a more delicate-looking appearance when compared with the earlier Chippendale and Queen Anne made during the Colonial period.

Trademark features of Hepplewhite style, according to Antiques 101, include spade feet, sheild back chairs, marquetry, and tambour fronts on case pieces. These innovations endured and became markers of Hepplewhite’s influence on furniture manufacture.

Click on the link above to learn more about Hepplewhite style furniture.

While Sheraton’s work also favored mahogany, there are some differences to keep in mind when distinguishing these two styles under the Federal umbrella.

In contrast to Hepplewhite’s shield backs with an oval form, Sheraton preferred a square-shaped back when it came to seating. The legs on his pieces, rather than being innovative, followed the traditional round shapes of the past. However, as American cabinetmakers studied both styles, they sometimes mingled them together.

That’s where referencing pieces as Federal period sometimes comes in handy rather than trying to pigeonhole a piece into the Hepplewhite or Sheraton camps if a number of characteristics are present.

Click on the link above to learn more about Sheraton style furniture.

Antiques 101 also mentions New York City craftsman Duncan Phyfe when referencing the Federal period. He was said to have “carried out Sheraton and Hepplewhite neoclassical designs to perfection.” His game tables with flip tops along with lyre-backed chairs and table bases are recognizable signatures. Those originals are hard to come by, but there was a major revival of Duncan Phyfe style in the 1930s making these pieces plentiful for those who admire the style.