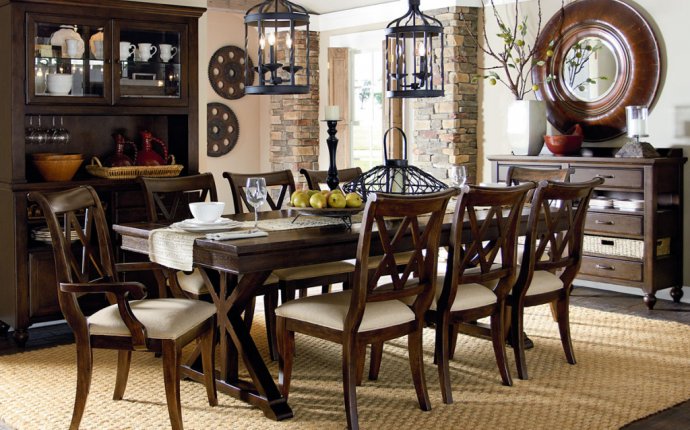 Tables can be used in a variety of ways, but most of them share the same basic characteristics: They are mostly comprised of a flat surface and legs that hold that surface up horizontally. The table is one of the oldest types of furniture in the world, and the earliest tables were found in ancient Egypt, Greece, and Rome. Antique tables are quite popular among collectors today, thus many antique stores and websites offer a variety of items from different time periods to cater to all tastes and preferences. For those who are just starting to learn about collecting antique tables, this buying guide can serve as an aid in identifying antique tables, discussing the various types of tables, and illustrating how to purchase authentic antique tables.

Ancient Egyptians did not actually use tables in their homes. Most tasks were done on the floor, and tables were mainly used as offering tables loaded with food to serve as offerings for the dead. The Greeks were the first to use tables for the purpose of eating. The tables they used often had three legs and were usually made of wood, marble, or bronze. The Romans had more uses for tables by virtue of having different styles and designs of their richly decorated tables, as well as using them for different purposes beyond simply for dining.

Unlike the opulent Romans, the people of the Middle Ages were much more sedate in their choice of furniture. The medieval period was a time of unrest and everyone (peasants and lords alike) needed to make sure sure that their worldly possessions could be packed up at a moment's notice. Furniture (including tables) was simple, utilitarian, and often made of wood. They were used for chopping vegetables in the kitchen or for dining in the great hall. One exception was in churches, however, where pews and altars were made of heavy timber and made for permanence since very few soldiers would raid and pillage churches.

For furniture made after the medieval period, many antique experts divide the various time periods either into the centuries in which the furniture was crafted or into the types of wood that the furniture was made from. For example, the age of the Tudor monarchs (including Henry VIII & Elizabeth I) from the early 16th Century to the Mid-17th Century was known as the Age of Oak, as this was the popular wood at the time. This was followed by the Age of Walnut (1600-1730) and then the Age of Mahogany and Satinwood starting in the mid-18th Century. Many of the pieces created before the 19th Century are some of the most prized today, as the Industrial Revolution brought on mass production. Although this meant more affordable tables and other furniture for the poor and middle class, this also meant the decline of individually-crafted furniture. The Industrial Revolution also meant a "revival" of old styles, which was achieved by the creation of poorly-crafted mass-produced imitations of previous eras. However, the era after the 19th Century also ushered in the much-loved Art Nouveau and Art Deco styles, which marked the beginning of modern contemporary styles.

To the untrained eye, it may be difficult to determine if a table is a true antique or not. However, many experts agree that items, including tables, can be deemed as an antique depending on their age, condition, rarity, and desirability.

The condition of the table comprises about 25 percent of its value. Obviously, the better it looks (i.e. looking like it's in original condition), the higher the value of the piece tends to be. Any deviation from the table's original condition, such as cracks, discolorations, chips, or missing parts, can markedly reduce a table's value.

Older tables usually tend to be handmade and often are the result of dozens (or even hundreds) of hours of crafting by one skilled artisan. Therefore, it stands to reason that these items would be more valuable than your average mass-produced table because there are very few of them left in circulation. However, it's important to remember that mass-produced tables have value as well. A table could be valuable because it's made from a rare type of material, or perhaps because of who the designer or previous owner was. For example, Emile-Jaques Ruhlman, the father of the Art Deco movement, was already a well-known furniture designer in the early 1900s, and only the most affluent could afford his pieces. When he died in 1933, his company stopped producing his furniture, and the resulting rarity of his work caused one of his tables to sell for over $300, 000 in a 2009 auction.

Desirability follows the simple rule of supply and demand. If something is widely available, it becomes less desirable to collectors. Some items are always in demand, like Age of Oak tables and Thomas Chippendale desks, however most items follow trends and may see their value go up or down depending on what's hot (and what's not) at any given time. For example, Asian furniture, despite being beautiful and rare, has only seen its price rise over the last few years.