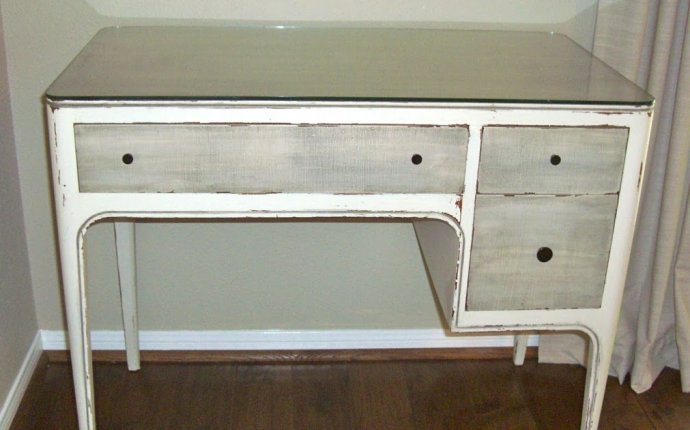 Almost every auction of Americana includes one of the ubiquitous wooden boxes called a “mule chest.” What does a small wooden chest with a lift top lid and a drawer or two below the main compartment have to do with a mule? There are at least two explanations, both plausible, but one more likely than the other.

The first explanation is grounded in the evolution of English furniture in the 17th century. At that time the main piece of furniture in most common households was a relatively plain wooden box with a lift top, called a coffer, in which the family’s clothes, linens and daily articles were stored. A simple, elegant solution to the housekeeping neatness problem that could also function as a tabletop when the need arose.

But there was a drawback. If you needed something on the bottom of the chest, you had to either go digging to find it or remove everything in the box, which is a problem with just about all chest-type storage arrangements. The technology of drawer construction was in its infancy in the early 1600s, and there was no such thing as a complete “chest of drawers” until much later. However, a few ingenious craftsmen figured out how to install a primitive drawer or two under the chest and make it part of the structure. What a convenience. Now you could store stuff in the drawers and not have to dig through all of it to find something. This arrangement was called a “chest, with drawers.” Naturally that was a little awkward and the inhabitants of what was essentially an agrarian society came to know it by a reference to a familiar animal that also was a cross between two separate identities – a mule – a hybrid, just like the chest. That’s one story.

The other story involves itinerant traders who carried their wares around the countryside on the back of a mule. It is said that the traders arranged a chest on each side of the mule so that they had ready access to smaller items stored in the drawers or could reach for larger goods stashed in the chest. Thus the chests were dubbed “mule chests” by the traders and their customers. That’s another story. There are others but they are not as plausible as these two. I report – you decide.

Another term not quite so common but still in use, especially in auction terminology, is the word “harlequin.” The word is traditionally defined in most dictionaries as meaning a clown, dressed like a buffoon, who performs little acts or plays, often in pantomime, and plays the occasional trick to fool the audience. That’s where the use of the term comes into furniture – to play a trick or to fool someone. The term is most often used with reference to a set of chairs, known as a “harlequin set.” This means that the individual members of the set, while similar in age, style and overall appearance, do not exactly match. They do not comprise what we commonly think of as a set. This isn’t necessarily meant to fool a potential buyer but it is a term to be aware of. This is also sometimes called an “assembled set” a much more straightforward term but not so catchy because its meaning is obvious.

But another use of the word (a usage dating to the late 18th century) is used to describe a piece of furniture, generally a table, that has a hidden feature or compartment that can be made to open or rise above the surface by means of weights or pulleys. Thomas Sheraton, the English designer, is credited with this invention. Nineteenth century ship captains’ desks, sometimes called davenport desks, often have a harlequin feature containing small secret drawers or compartments.

The final installment in our reference research is the word “bureau.” In 20th century America, it essentially refers to a chest of drawers but the word itself is derived from a Latin term, “bura, ” which means a woolen cloth. What does that have to do with a chest of drawers?

Seemingly not much at first glance. It actually has more to do with the evolution of the desk. As the desk evolved from just the slanted surface of a bible box used as a writing surface, the concept of portability was discarded. The desk became a large flat surface, essentially a table, on which the box, now containing writing materials instead of a bible, was placed. The writing surface itself was the table. To make the surface softer and more even the French adopted the practice of covering the table in wool cloth, called a “buré” in French. When the English added drawers to the table to create the equivalent of a modern desk, they conveniently borrowed the name and called it a bureau.

As the arrangement of drawers became more prominent and eventually became the chest of drawers, the term bureau made the trip across the Atlantic and became synonymous with the bedroom chest.

Seemingly obscure furniture references often have a basis in history or usage. The fun part is ferreting them out.