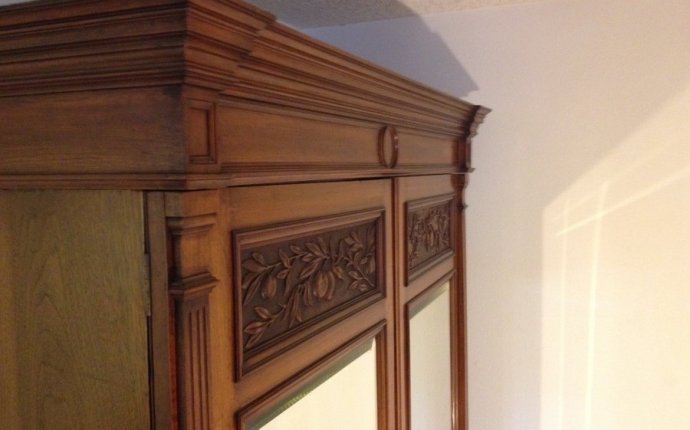 A MINUTE’S walk from the Louvre museum, just a hop across the Rue de Rivoli, is an antiques centre called the Louvre des Antiquaires. Until recently hundreds of dealers had galleries here, selling Louis XVI chairs, Renaissance jewels and other delightful old objects to customers keen to own a piece of history. Today only about half a dozen shops remain open. The building’s owner plans to turn the space into a high-end fashion store.

Shops selling furniture that has passed the century mark—the generally accepted definition of an antique—are closing on both sides of the Atlantic. Fulham Road in London used to have so many stores selling old wood furniture that it was known as the “brown mile”. Today all but three have closed. Bermondsey Market and Portobello Road, two other well-known stomping grounds for antique-hunters, are suffering, too. Last year Kentshire Galleries, a long-established antiques firm in New York City, sold its eight-storey gallery downtown and put its furniture up for auction at Sotheby’s. The owners, the third generation to run the business, have decided to move out of antique furniture and focus on fine jewellery instead. Bonham’s, Christie’s and Sotheby’s, three big auction houses, have all cut back on antique furniture to focus on what they see now as bigger moneymakers: contemporary art, jewellery and wine.

High rent is one problem for antique-sellers. But the other, much bigger issue is falling demand. Buyers are much less interested in antiques than they were even a decade ago. As a result prices for many different types, especially mid-range “brown furniture”, have slumped by as much as half. Nineteenth-century chairs can be cheaper than equivalents from stores such as Restoration Hardware or bespoke reproductions, says Daniel Stein, a former lawyer who sells antiques in San Francisco. But even lower prices have not drawn buyers back in. “Do I think antiques are going to come back?” asks Mr Stein. “Not in my lifetime.”

The desire to live in the presence of history has ebbed and flowed. In ancient Rome the elite sought out Greek bronzes, sculptures and vases; some cunning merchants tried to make new ones look older and boost their price. Collecting antiquities was also popular with the aristocracy during the Renaissance, and became even more so when young upper-class European men started to do the Grand Tour in the late 17th century. As they travelled across the continent many built up collections of antiques. “I am far gone in medals, lamps, idols, prints, etc., ” wrote Horace Walpole, the son of Robert Walpole, at the time Britain’s prime minister, in a letter home from Rome in 1740; “I would buy the Coliseum if I could.”

Antique furniture went mainstream in Europe in the second half of the 19th century, as the bourgeoisie found themselves with more disposable income and developed a desire to invest in their homes. The antique trade boomed in Paris and London. By 1890 Paris had 300 antique shops, up from 25 around 1850, says Manuel Charpy, a historian. But antiques, like clothes, go in and out of style. They boomed again in the 1950s and 1980s, when “period rooms” in a single nostalgic style were all the rage.

For a long time antique-buyers believed that scarcity meant that the value of old furniture would rise, or at least hold steady. They perhaps underestimated the capriciousness of taste. Today fashionable homes look like hotels: pale sofas, soft rugs, stark lines. Their owners prize comfort more than age. Home magazines and interior decorators drive trends in architecture and art. Many successful decorators sell furniture lines, and therefore have a financial incentive to suggest new items. Appreciating antiques, and knowing what to buy and at what price, takes study and training that few people have.

Dealers complain that time-pressed young buyers show little interest in past eras. Television programmes such as “Antiques Roadshow”, where octogenarians find out how much the contents of their attics are worth, reinforce the perception that antiques are for oldies. Modern living means some items of furniture have lost their usefulness. Armoires, which used to be pressed into service as a place to hide televisions, are little use now that flat-screens can be hung on walls. Large items do not appeal to owners of small homes, especially apartments. Simon Myers, an English dealer based in Yorkshire who is the fourth generation to run his firm, says he used to stock lots of dining tables and chairs but no longer does, because young people do not entertain as they used to, and many do not have dining rooms. People do not want period rooms, no matter how much money they have, says Bunny Williams, an American interior designer. “Everyone lives a more casual life.”

The antiques that still sell well are original, one-off items that convey a sense of character. The top tier has held up best. Nicolas Kugel, a Parisian dealer, has a gallery on the Left Bank facing the Seine, on the same side of the street as the Musée d’Orsay. Tourists are unlikely to chance upon its unmarked entrance, but elite buyers know where it is. Inside it looks like a palace transformed into a museum, with everything for sale. No prices are displayed. Mr Kugel says that his clients, who come from all over the world, are still buying. They see antiques “as an undervalued piece of art”.

High-end antiques may be crafted as carefully as fine artworks, and priced as steeply, but buyers may not enjoy the same social pay-off. According to Benjamin Steinitz, a Parisian dealer in fine antiques: “If you have a Picasso or Jeff Koons everyone knows what it is and that you’re a success. If you have a lovely André-Charles Boulle desk, people may think you have the taste of your grandmother.” Mr Steinitz in fact has a desk attributed to Boulle, who crafted furniture for Louis XIV at Versailles, for sale for €6m ($6.4m). Few people, if they saw it in a home, would recognise its rarity and value.

@ClaudiaC: "There are two locks." Jacob pointed to a modern deadbolt and a refurbished antique lock. "You can unlock this deadbolt #DenverCereal 1895

RT @BokaraRug: We present to you a beautiful #dark #blue rug from our #Antique Sultanabad #Collection. The #rug is hand knotted and it uses…

@sagittarius sun: i put like $150 worth of antique and costume earrings in my etsy cart i'm a modern golden girl