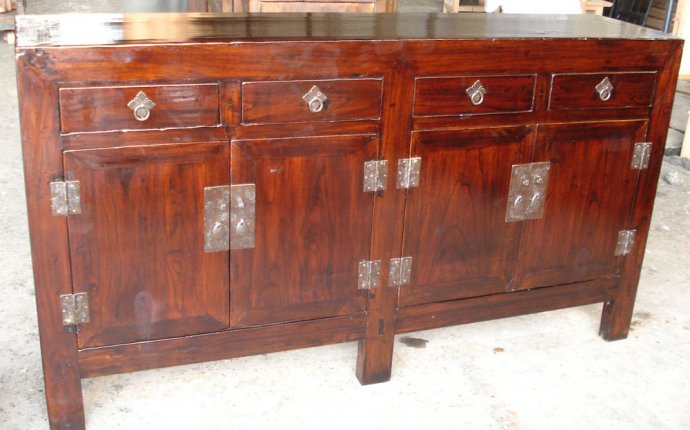 There are several Asian specialists in Wendy's New York Armory Antiques Show, which opens on Tuesday at the Seventh Regiment Armory on Park Avenue at 67th Street and runs through Saturday. (Information: (212) 472-1180.) The Fifth Avenue Asian Art Fair, at the Sinclair-Fletcher Mansion on Fifth Avenue at 79th Street, runs from Thursday through Sunday, with a benefit preview on Wednesday for Tibet House. (Information: (212) 249-4865.) Finally, the New York Arts of Pacific Asia show will be at the Armory at Gramercy Park from Oct. 17 through Oct. 19.

Mr. Flacks organized his exhibition to prove this. ''It's the first show of this type that's been done in the West, '' he said, adding that some of the woods, like jichimu (chicken-wing wood) and tieli (ironwood), ''have no real equivalent here.'' The furniture includes a spare and elegant 18th-century yokeback chair in heitan (black rosewood). Its form is among the most classical in Chinese furniture, with a backward-turning crest rail, gooseneck armrests and an S-cured back splat showing striations that look like crotch mahogany.

It was made, Mr. Flacks said, to highlight the figured wood on the back splat: ''It shows that furniture of the highest quality was commissioned in different woods to take advantage of their particular qualities, regardless of whether huanghuali and zitan were available.''

A side table, also from the 18th century, with smoothly rounded edges and delicate, wavelike spandrels, is made of hetao (Chinese walnut). With its four slender legs, hoof feet and gently rounded corners, it looks like a thoroughbred horse bending to munch grass.

''People argue that the quality of design and craftsmanship of Chinese furniture deteriorated after the 17th century, '' Mr. Flacks said. ''But this table proves that furniture of the highest quality was produced well into the 18th century. If this table were huanghuali, it would cost $250, 000. I'm asking $45, 000.''

One historically interesting piece is a small folding stool of yumu (elm) from the 18th century. Mr. Flacks explained that the Western nomadic tribes probably introduced the stool to China in the Han Dynasty (206 B.C. to A.D. 220) for traveling, hunting and military campaigns. Eventually, the stool was domesticated and came indoors.

Theow-Huang Tow, a Christie's specialist in Chinese works of art, does not take Chinese softwood furniture under consignment. ''It's not profitable, '' he said.

Lark E. Mason Jr. at Sotheby's disagrees. ''A new generation is trying to collect the alternative woods, or at least pieces of the highest quality, '' he said. ''But it takes a lot of knowledge. You have to spend time and do your homework, because basic shapes were repeated over and over. It's extremely difficult to find 18th-century softwood pieces.''

Mr. Mason noted that much Chinese furniture was originally lacquered, so you see woods that were intended to be covered. His advice? ''Focus on quality.''

Sotheby's has two 19th-century elm side tables, with estimates in the $6, 000 range. Lot 272 is a 17th-century gilt-incised lacquer table decorated with cloud forms and dragons (estimate: $18, 000 to $25, 000). Mr. Mason said these were rare, since incised lacquer tables came from Imperial workshops and ''the French have scooped them up.''

Lot 275 at Sotheby's is a pair of 19th-century armchairs in jichimu, the so-called chicken-wing wood, because it looks feathery when cut tangentially (estimate: $5, 000 to $7, 000). ''Sets of anything in China are hard to find, '' Mr. Mason pointed out. ''They tended to be broken up in the family.''