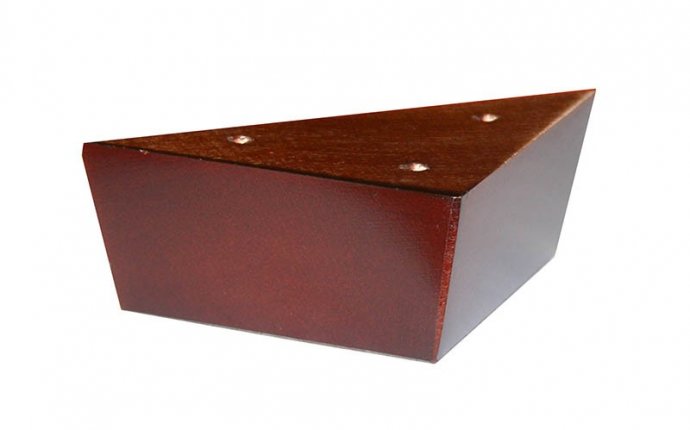 A new chapter was written last weekend in an ongoing shaggy-paw story concerning the burgeoning value of a rare furniture style. The chronicle - involving Philadelphia furniture made for Gen. John Cadwalader, a colonial patron of the arts and Revolutionary War hero - was advanced at a New York auction when a 200-year-old wing chair with furry looking feet and a frame riddled with nail holes was sold for the highest price ever paid at auction for a piece of furniture - $2.75 million.

Since 1974, six side chairs and a table with carved ''hairy-paw'' feet and the same Philadelphia origins have surfaced in England, Italy and Maine; all were later auctioned at Sotheby's for record prices. The British originated the hairy-paw style, then disdained it, banishing it to the provinces, to Ireland and to the colonies.

The Philadelphia-made wing chair that was sold last weekend was found closer to home - in a shed on an estate in Chester County, Pa. According to John Snyder, a decorative-arts historian of Lancaster, Pa., the increasingly bouyant market activity in American 18th-century furniture had prompted the chair's owner - who has not been identified - to seek Mr. Snyder's help in documenting its pedigree. Mr. Snyder found thatthis rarest of all forms of hairy-paw Chippendale furniture could trace its lineage to works ordered by Cadwalader from one of pre-revolutionary Philadelphia's most prestigious cabinetmakers, Thomas Affleck.

The auction last weekend attracted a standing-room-only crowd, including more than a score of the most prominent American-furniture enthusiasts - collectors, dealers, scholars and curators. Three hours into the sale, the well-worn chair frame -shown without upholstery - appeared at the center of Sotheby's revolving stage. After three minutes of fierce bidding between two dealers, John L. Marion, Sotheby's chairman, brought down his gavel on the sale of the chair to Leigh Keno, a New York dealer, as applause resounded.

''It's a great chair, '' said Morrison Heckscher, curator of American decorative arts at the Metropolitan Museum of Art. Most collectors and dealers interviewed agreed, citing the chair's rarity, its pedigree and the quality of its carving as more than sufficient reason for the chair's record-breaking price. However, several others questioned why such a high price would be paid for any piece of furniture, let alone a chair without proper upholstery and with legs awash with carved leaves, scrolls and hair on beastlike feet that some people insist are outright ugly.

Harold Sack, who heads Israel Sack, a major New York dealer, never raised a finger during the bidding. He was more questioning than critical in his comments after the sale, saying: ''Is the chair beautiful? Is it symbolic of America? Is it successful as an art form? Would it have brought this price if it were not connected with the Cadwaladers?'' When asked why he had not bid, Mr. Sack said: ''I only go all out when my instinct says push.''

Joe Kindig 3d, an American-furniture dealer in York, Pa., said that of all hairy-paw furniture, the side chairs are the most successful. ''The wing chair might be considered slightly awkward, esthetically, '' he said. ''You are dealing here with a piece of furniture that expresses the English taste. It is a very brilliant statement. Maybe one might say that it is more difficult to accommodate the easy chair form in American furniture.''