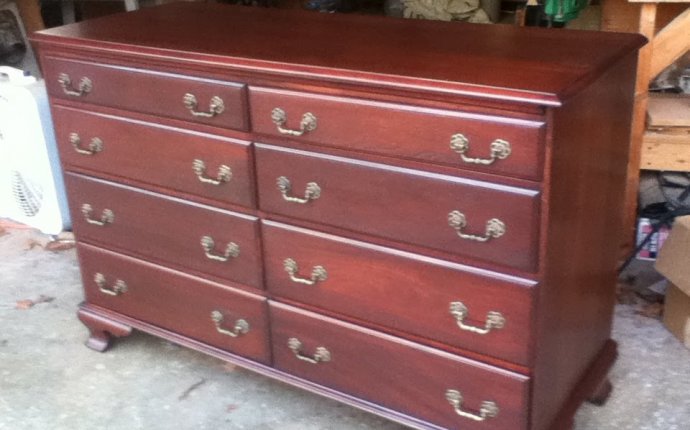 In addition to “genuine mahogany” (What Is Mahogany? Part 1) and “true mahogany” there are other timbers which have no botanical relation to the Mahogany family at all, yet may have a trade name that includes the word mahogany in it. It may be important to know these alternative timbers so that one can make a distinction when or if required. These botanically unrelated timbers may share similar appearances or tonal qualities to genuine or true mahogany, but that is all. Often the so-called “mahogany” trade name is not the main or only trade name.

PHILIPPINE MAHOGANY, from the point of view of the United States furniture industry is clearly defined by the United States Federal Trade Commission, Code of Federal Regulations Title 16, Section 250.3 Identity of Woods where it states: “The following non mahogany timbers may legally be called ‘Philippine mahogany’ in the USA: Tanguile, Lauan, Tiaong, Almon, Mayapis, and Bagtikan. …” Each is a species of Shorea in the Dipterocarpaceae family which are native to the Philippines. There are 196 species of Shorea occurring in Malaysia, Indonesia, Philippines, Sri Lanka, Sumatra, and Thailand. The term “Philippine Mahogany” may also apply specifically to LAUAN from Philippines, the various types of MERANTI from Malaysia, SERAYA from Indonesia, and BALAU which is native to all. In Australia all species are sometimes collectively called PACIFIC MAPLE. There is an abundance of variety between the difference species, each with different working properties, appearances, and mechanical strength values. These timbers range in colour from grey to dark reddish brown and are usually used as veneers or plywood. Visually they are a lot grainier than genuine mahogany. Over 130 species are listed on the IUCN Red List as “Endangered” or “Critically Endangered.” The term “Philippine mahogany” also applies to native Philippine Toona (see What Is Mahogany? Part 2) or plantation-grown Swietenia from the Philippines. It may also refer to another non-genuine species Pterocarpus indicus which is the national tree of the Philippines (see following.)

Scientific name: Myroxylon balsamum is one of two species of the genus Myroxylon in the Fabaceae family. Native to Mexico, central and southern America this timber is stronger and harder than mahogany but shares a similar but darker appearance. It is used in furniture, flooring and heavy construction. It has been used for making acoustic guitars and has been said to be similar in tone to American and African mahogany but with deeper lows. It’s other species Myroxylon peruiferum is traded as QUINA and has the same timber uses. Neither species have any restrictions.

Scientific names: Tieghmella heckelli and Tieghmella africana are two species of the genus Tieghmella in the Sapotaceae family, better known as MAKORE. Both species grow throughout western Africa and have similar properties with Khaya (African mahogany.) Timber uses for both species are interchangeable. It is used mainly for furniture, boatbuilding, and cabinetry as well as veneer. As a tonewood it is used as a laminate for electric and acoustic guitar tops and for electric guitar bodies. It is also used in making drums. Colour is pink-red to reddish-brown and when quartersawn can have attractive figure, especially “fiddleback”, “peanut”, and “block mottle” (checkerboard) figure. Tieghmella africana is also called DOUKA. Both species are listed on the IUCN Red List as “Endangered.”

Scientific name: Palaquium is a genus in the Sapotaceae family with 120 species found throughout Thailand, Malaysia, Philippines, Indonesia, Papua New Guinea, Solomon Islands and Fiji. Wood from the species is also called NATO (Philippines), NYATOH (Malaysia), NYATUHIN (Indonesia) and MASANG (Thailand.) Eastern Mahogany ranges in colour from pink to red-brown. It varies wildly in weight and density and is predominately used for interior joinery, furniture, plywood and some craft applications. Recently it has found its way as a mahogany replacement in entry-level Asian-made electric and acoustic guitars. Well-known guitar brands B.C Rich and Eastwood use this species as a mahogany substitute. Another Sapotaceae genus, Payena has 20 species, 5 of which are principal sources of commercial timber and are also traded as Nyatoh. There are no CITES restrictions on Palaquium or Payena but some species of Palaquium are listed on the IUCN Red List as “Vulnerable.” NOTE: Species from this genus must not be confused with the South American genus Mora which grows in Guyana and Suriname and is also traded coincidentally as Nato, and is also used for guitar necks and bodies on some American-made guitars.

Scientific name Cariniana pyriformis is a timber producing tree in the Lecythidaceae family, native to Brazil, Colombia, Costa Rica, Venezuela, and Bolivia. It is also traded as ABARCO. There are a total of 9 species in this genus, all of which are native to South America. Because of it’s similar appearance and properties to genuine Swietenia mahogany Colombian mahogany has been used as a mahogany replacement for over 100 years and in that time has become heavily exploited. The Colombian species is almost extinct due to unsustainable logging. As well as being used as a mahogany substitute it is also suitable for exterior and interior joinery, cabinetwork, construction, furniture, plywood and veneer.

Scientific name: Eucalyptus resinifera is a hardwood native to eastern Australia and used for furniture, flooring, panelling, boat building and general construction. It is one of approximately 800 species of Eucalyptus in the family Myrtaceae, most of which are native to Australia. It has been introduced into Southern Africa, Italy, Portugal, and Hawaii as a plantation crop. Much of the 4500 hectares of red mahogany plantations in Queensland Australia were destroyed by Cyclone Yasi in 2011. “Red Mahogany” is also an alternative name for Khaya anthotheca, i.e. African mahogany.

Scientific name: Eucalyptus acmenoides is another Australian eucalypt native from eastern New South Wales to southern Queensland and is regarded as a high quality timber. The timber has various uses, including heavy engineering, poles, railway sleepers, bridge and wharf construction, framing, decking stumps, fence posts, joists, flooring, plates and weatherboarding, and furniture. Its native Aboriginal name is BARAYLY and in Queensland it is often called YELLOW STRINGYBARK. I am not aware of this timber being used as a tonewood. Be aware that outside of Australia “White Mahogany” is an alternative trade name for Khaya anthotheca (African Mahogany) which is a true mahogany.

@Gretchen Trix: Pinterest - Helping affluent people create "one of a kind" garbage by upcycling $900 antiques that you could've just bought at Pottery Barn.

@デイビッドーひめ: I hate pinterest, I get on it like once a month to look at antiques or whatever and end up looking at recipes and trying not to cry lol