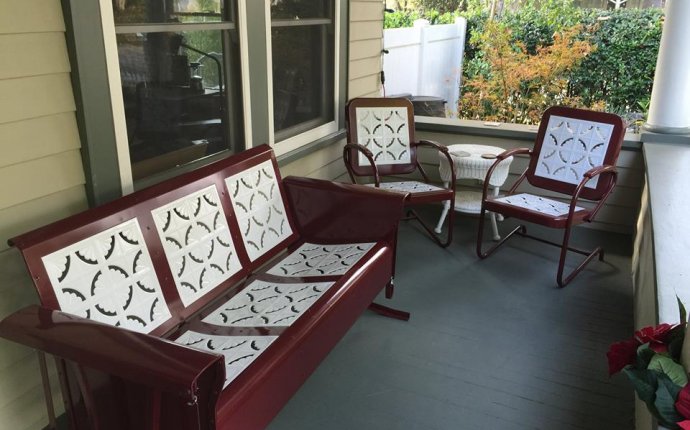 Beginning around mid-century, the advent of the factory system meant most furniture was made in a commercial facility under the auspices of a company name, and very few individual craftsmen labeled their product. Even the companies of the time were a little lax in marking the work. By the end of the century, makers like Gustav Stickley and major manufacturers in Grand Rapids, Cincinnati and Chicago had developed elaborate logos and trademarks, and few quality items escaped some sort of identification. This has been a boon to modern collectors, giving them the start of a trail of clues to establish age and origin of older furniture.

But like so many things of the 20th century, what started as a simple method of marking furniture quickly became confusing by the second decade. Finding a label on a piece of furniture now means that the collector has to know what kind of label it is to decipher its meaning.

Manufacturers actually produced the furniture from a design to a finished product. Many manufacturers had clues in the names themselves that left no doubt as to their identity. One of these was Colonial Manufacturing Co. of Zeeland, Mich., a famous maker of hall clocks. Another was Green Manufacturing of Chicago, a maker of parlor frames for the custom trade. The use of the word “manufacturing” in the company name was unambiguous about what the company did. Other company names, however, were less straightforward.

Even some of the best-known makers, like Berkey & Gay, Century and Phoenix, used only the term “furniture co.” in the title. To the uninformed, could this be the name of a retail furniture store rather than a maker? Some specialty factories did a little better by including their main product in the name, such as Sikes Chair Co. in Buffalo, or the Grand Rapids Desk Co. These names offer a slightly more solid reference to the company as a maker and not a retailer.

Around the turn of the 20th century, the largest furniture retailer of self-labeled goods was Sears & Roebuck. Sears didn’t actually make any of the own products in its own factory. The company was strictly a retailer. Sometimes, manufacturers made a specially designed line of items exclusive to Sears, but the mark on the furniture was always from Sears. This was also a common practice in the piano industry. A major store would have a promotional line of instruments made with its name on it, omitting the name of the manufacturer. That practice was called “stenciling” and is still in use today both in pianos and in furniture.

RT @Emmaus_Preston: Our #Preston Megastore is stocked full of great value new and preloved items for the home. Visit us for a browse #furni…