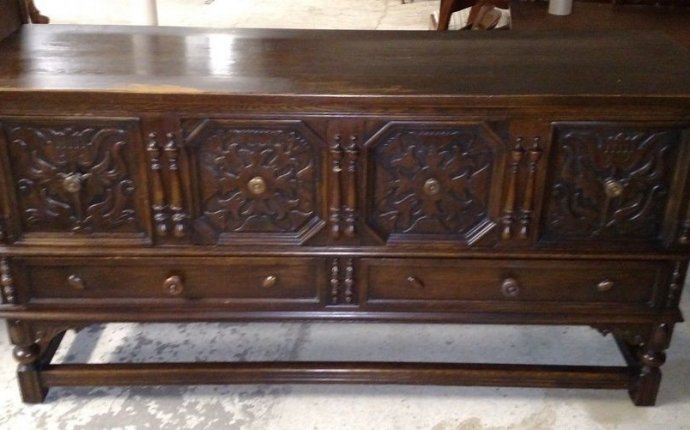 During the reign of James I of England, this style was noted for the 3-dimensional fullness of its design. Wood was deeply carved, particular elements were accentuated. Marine motifs were popular. Exotic materials such as mother-of-pearl were used as embellishments. Wood was also painted black to imitate Asian lacquer. Beds and cupboards, known as aumbries, were built into walls, as were benches and settles. Trestle tables on a long bench or form were common, as were chests or coffers used for holding linens.

The restoration of the monarchy in 1660 ushered in a period of great opulence in English design. Flowing, curvaceous forms characterized this style. Elaborate carving and high relief decoration created a sense of movement and symmetry. Gold and silver were used to embellish wood and leather panels. Increasingly realistic natural motifs, such as the acanthus leaf became popular. Spirally twisted forms were used to create supports for furniture and woodwork.