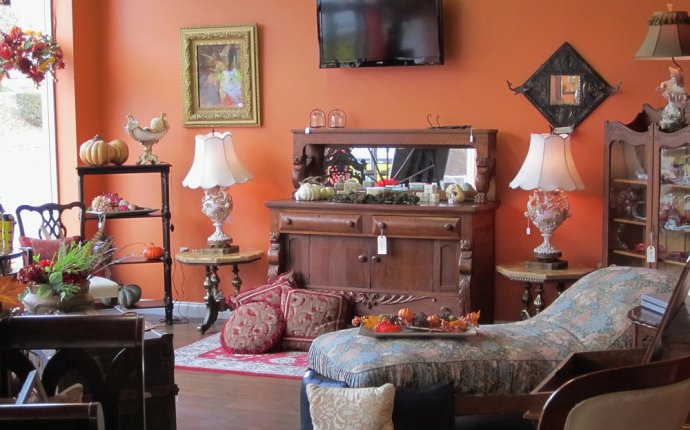 Turn of the Century Furniture

The marvels, mysteries and misidentifications in American furniture produced between 1850 and 1900 have occupied an increasing number of scholars, museum curators, collectors and dealers in recent years. Questions about what was made when, where and by whom - and its esthetic worth - continue to mount as specialists uncover, from the wealth of material of the period, chairs, tables, settees, beds, chests and plant stands, ranging from the ordinary to the esoteric.

Now this activity is bound to increase with the opening of Margot Johnson, Inc., a shop specializing in late 19th-century American furniture at 40 West 40th Street, and one of the very few sources where an assortment of furniture designs of the period may be found. Miss Johnson and her partner, Mimi Findlay, have spread their century-old stock of furnishings in a spacious setting. The neighborhood may not be frequented by antiques enthusiasts, but this shop is well worth investigating by those searching for offbeat, 19th-century antiques.

Both women have an intense interest in the period and, although not scholars themselves, they are in touch with those who are, as well as with museum curators and other specialists in the period. Each woman possesses a different taste - Miss Johnson has an eye for furniture that is whimsical and made of wicker, light woods, twigs, cast iron, wire and brass; Miss Findlay opts for more formal revival styles produced in walnut, rosewood, ebony and maple by major cabinetmakers, including the Herter Brothers, George J. Hunsinger, Alexander Roux and J. and J. W. Meeks.

Most of the wonders of the period that they have assembled in the shop are not visible from the street through the curtain of plants that fills the windows. What the greenery obscures is furniture, carpets, accessories and stoves arranged disappointingly in less than harmonious groupings. The individual selections are, however, well worth examining.

The shop offers a large selection of designs in revival styles. One of the more unusual - and weightier - offerings is a pair of Egyptian Revival cast-iron columns embellished with lotus blossoms. The pedestals, probably by Robert Wood, a Philadelphia producer, stand four feet tall and weigh about 90 pounds each. They are $5, 500 the pair. A pair of chairs that the proprietors identify as "Neo-Grecian" are in pale wood and have paw feet. They are $3, 500 each. Another classical revival design from the late 1860's is a rosewood table with agate top, probably by the Herter Brothers. Designed with palmettes and Ionic columns and boasting half-moon-shaped drawers, the table is $15, 000.

A five-piece Renaissance revival bedroom set, also in light wood, carries the highest price tag in the shop - $25, 000. The suite is made up of a bed, chest of drawers, bureau and pair of end tables. Another piece has the smallest-scaled offerings in a revival style, doll-sized designs in the Renaissance mode from the 1860's, consisting of a dining room in miniature complete with a sideboard, six chairs and a dining table in casters. Each is elaborately detailed, but a few are missing finials from the chair backs. The suite is $14, 000. Another bedroom set from the 1880's is in bird's-eve, curly and tiger maple crafted to look like bamboo. The set - a bed, side table, chest of drawers with mirror and dressing table with mirror - is $16, 500.

Wicker furniture at this establishment is quite special. Two chairs with tall, skinny backs dating from the 1880's are provocative. They appear to be a pair, but are in different finishes - one is lighter than the other. In fact, they were made by two different manufacturers - Heywood of Massachsetts and the Windsor Furniture Company of Nova Scotia. Each costs $975. An early 1870's rocker, the wicker woven in a star pattern and with a ring motif framing the arms and seat, is $1, 750.

Innovative furniture on view includes several metal designs, the most arresting of which is a curvaceous mid-19th century steel rocker. Devised as a swirl of bent metal, the rocker is believed to have British roots, although for many years it was thought to have been designed by Peter Cooper of New York. Whoever was responsible, the chair, upholstered in worn leather, is stunning. It is $3, 500. Imagination also governed the design of a twig-framed rocker, a turn-of-the-century design from the Adirondacks ($675).

Designs that conform to no known period but are among the most interesting in the shop start with a chair upholstered in a vivid green plush that stands on a moose-antler base and sprouts horns at the top of its back. It is $2, 750. Far less imposing - but equally appealing - is a rococo wire-framed chair probably designed for use in a garden or outdoor cafe, an 1870's design with pewter-toned finish. It is $650.

Brass-framed furniture from the turn of the century tends to be robust both in feeling and in fact. A brass-framed table standing on turkey feet and boasting an alabaster top is $4, 500. A shelving unit framed in brass with scroll-shaped feet and alabaster shelves is $5, 500. And a brass and tile stove, awash with a flower motif, is $4, 950.